When I worked in the UK I used to frequent Beeston on a regular basis. This 13th-century Castle certainly did not disappoint and this time I was keen to look at it from a photographic perspective.

For the most part, Cheshire is a county of plains and low rolling hills so, for me, one of the very best things about Beeston Castle was the spectacular panoramic views from the inner bailey.
On a good day (and mine was average) you can catch a glimpse of Chester City the old roman town and Liverpool. If you look even harder  you can also catch a glimpse of the Welsh Mountains, approx.  30 miles in a north-westerly direction and from the south west side the Pennines.
If you are really keen you can hang over the edge of the Northern wall and view a 500 foot drop.
Standing on a rocky crag high above the Cheshire country side, Beeston is one of the most dramatic medieval castles in England. A fortification has existed on the cliff face since early prehistoric times, and was an important centre for metalwork in the bronze age.

The castle was built by Ranulf the sixth earl of Chester in around 1220 AD. Parts of the surviving fabric date back to this time. It was then passed over to the crown in around 1240 as part of a deal before it was finally left to fall in to disarray around 1340.

Today what remains in ruin, dates back to the 13th Century, with only the new Victorian gatehouse being the newest part which was added to drive tourists in the early 19th Century.

Today it is managed by the English Heritage trust and attracts thousands of tourists during the summer period. 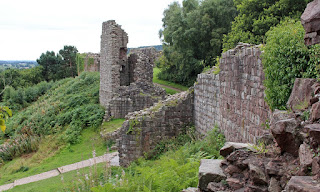 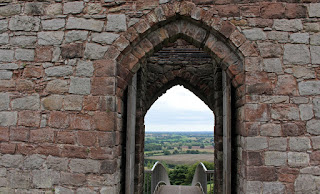 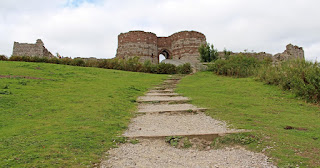 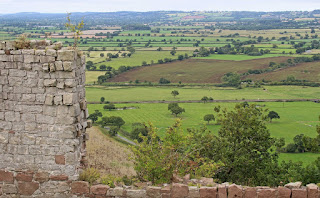 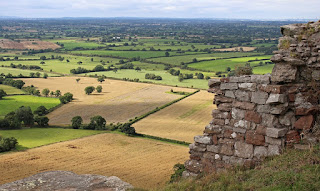 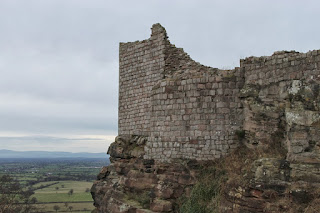