June 06, 2017
Having recently returned to my local photography spot, I became aware that it can be too easy to believe we have to go far and wide to find that special location...when actually it's often right on your doorstep.

It doesn’t matter if you are smack in the middle of a busy metropolis, or perhaps out in the suburbs. If you look hard enough, inspiration can be found only a few short distances away from where you live.

Panmure estuary,  (or Tamaki Estuary) situated in East Auckland is deemed a pretty average destination. In fact I would wager that most people who commute across the estuary every day wouldn’t bash an eye lid if you said.. ”Have you spent time down at the Tamaki estuary lately?”

Yep it’s pretty average but then again you can become complacent but this place, at certain times of the year can offer budding photographers new or experienced, some great photo opportunities.

During my last visit  I became acutely aware off how busy this little estuary can actually be;


So rather than babble on any further here are a few recent shots with supporting descriptions.

This shot was a long time in the making. Nearly 30 minutes waiting for the heron to take flight, and not knowing if it would actually head my way.
I decided to convert the image to Black and white as the sunrise was directly in front of me and the exposure was slightly blown out. 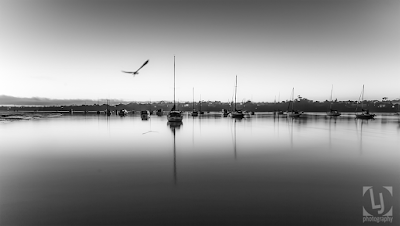 Every day around 7:15am this guy trundles up the estuary. I can hear him coming and noted that his approach to the wharf was pretty much the same every day.
So I setup my tripod and got my remote ready and prayed the sun would just peek as he trundled on by.
Again placement and timing paid off and I actually like this Photo. 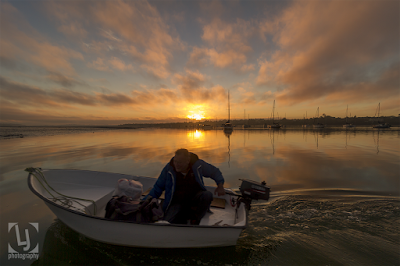 The fog had been eluding most days, and the day I decided NOT to go it’s as thick as pee soup!!. However not being put off I kept all my gear in the car, and with only a slight 5 minute detour most days I swung by to keep a close eye on developments.

On this morning no real fog, but interesting little wisps which on closer inspection created very interesting effects when they passed by the dry dock lamps (left side of image).
I also noticed a dingy moored and along with the stillness of the water, and the sun just rising, I worked this into the composition. 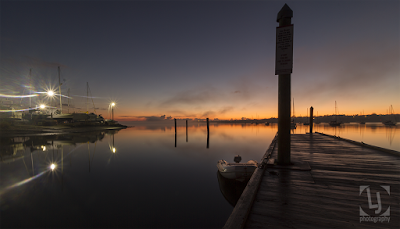 Well the jewel in the crown. Who would have thought mudflats could be so interesting.
Not only was this position ideal for the ensuing sunrise, but the tide was out with just enough tidal pools left to add some character. This spot I will visit again once the tides change. 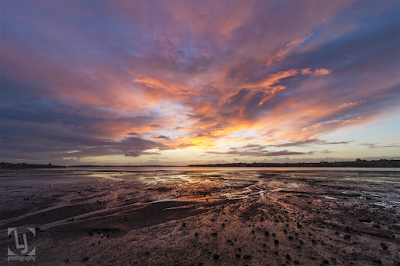 I knew it!!! and after confirming my suspicions with an old "seadog" who lives in a caravan close by, completely wrapped in tinfoil, I can confirm that boat owners are actually aliens from out of space and yachts are vessels to get them to the unknown. 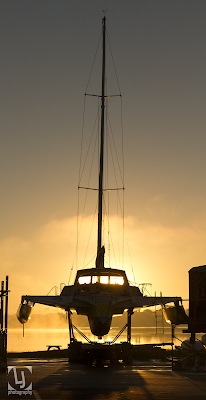 If you would like to know more about the technical, side then drop me a comment.
Until next time happy clicking ;)

Bodiam Castle was a 14th century castle in England, East Sussex on the river Rother, near Robertsbridge. In 1385, Sir Edward Dallingridge, a former knight of Edward III, amassed considerable wealth. In particular his activities during the Hundred Years War, where he served under the Earls of Arundel and operated on mercenary expeditions with Sir Robert Knollys, which gave him prestige and influence at court. This led to appointments in his native Sussex where he was made a Commissioner of Array in 1377 and a few years later appointed as a Justice of the Peace.
He married Elizabeth Wardeux in 1377 and this union brought him the manor of Bodiam. He lobbied the King for permission to fortify his new acquisition, citing the requirement for enhanced defences in Sussex, and Richard II duly granted him to do so in October 1385.
The reason for the construction of Bodiam Castle is hotly debated. The late 13th century was a low point for English fortunes during the Hundred Years War and England it…